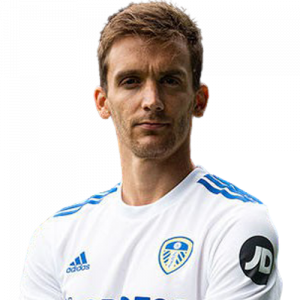 Diego Javier Llorente Ríos (born 16 August 1993) is a Spanish professional footballer who plays as a centre back for Premier League club Leeds United and the Spain national team.

Real Madrid
Born in Madrid, Llorente joined Real Madrid’s youth system in July 2002, one month shy of his ninth birthday. In the 2012–13 season he made his senior debut, appearing with the C team in a 1–1 away draw against Caudal Deportivo for the Segunda División B.

On 24 March 2013, Llorente made his first appearance with Real Madrid Castilla, coming on as a substitute for injured Iván González in an eventual 4–0 home win over Córdoba CF. On 11 May, he was an unused bench player for the main squad in a La Liga match at RCD Espanyol, but finally made his debut in the competition on 1 June, replacing Álvaro Arbeloa for the dying minutes of the last game of the campaign, at home against CA Osasuna.

On 14 July 2015, Llorente moved to neighbouring Rayo Vallecano in a season-long loan deal. He scored his first goal in the top flight on 3 January 2016, the first in a 2–2 home draw against Real Sociedad, and was an undisputed starter as his team eventually suffered relegation as third from bottom.

Llorente was loaned to Málaga CF also in the top level on 8 July 2016.

Real Sociedad
On 26 June 2017, Llorente signed a five-year contract with fellow league team Real Sociedad. In his league debut, on 10 September, he contributed one goal to a 4–2 away win against Deportivo de La Coruña after replacing Iñigo Martínez midway through the second half. Four days later, in his very first appearance in European competition, he started and scored twice in a 4–0 home defeat of Rosenborg BK in the group stage of the UEFA Europa League.

Leeds United
Leeds United announced the signing of Llorente on a four-year deal on 24 September 2020, for a reported fee of £18 million. He made his Premier League debut on 5 December, coming on for the injured Robin Koch in the ninth minute of an eventual 3–1 away loss to rivals Chelsea.