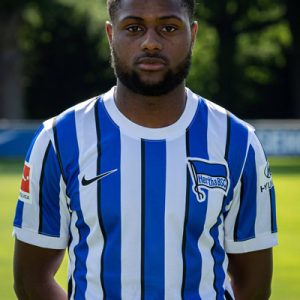 Deyovaisio Zeefuik (born 11 March 1998) is a Dutch professional footballer who plays for Hertha BSC as a right back. His brother Género Zeefuik plays at FC Emmen.

Club career
Zeefuik is a youth exponent from AFC Ajax. He made his professional debut at Jong Ajax on 8 August 2016 in an Eerste Divisie game against FC Emmen. On 30 January 2018, it was announced that Zeefuik was loaned at FC Groningen until the end of the season. On 18 May 2018, Zeefuik signed a three-year contract at FC Groningen, officially transferring him from Ajax. On 6 August 2020, Zeefuik transferred to Bundesliga side Hertha BSC.

Personal life
Born in the Netherlands, Zeefuik is of Surinamese descent.