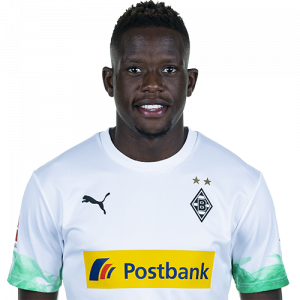 Denis Lemi Zakaria Lako Lado (born 20 November 1996) is a Swiss professional footballer who plays as a defensive midfielder for Borussia Mönchengladbach and the Switzerland national team.

Club career
Zakaria joined BSC Young Boys in June 2015 from Servette FC for an undisclosed fee signing a four-year contract. He made his Swiss Super League debut on 18 July 2015 against FC Zürich in 1–1 away draw replacing Alexander Gerndt after 79 minutes.

In June 2017, Zakaria signed a five-year contract with Borussia Mönchengladbach. He was transferred as a replacement for Mahmoud Dahoud who left the club for Borussia Dortmund. The transfer fee paid to Young Boys for Zakaria was reported as €10 million.

He made his debut for the senior Switzerland national football team in a friendly 2-1 loss to Belgium on 28 May 2016. He was part of the squad for the 2016 European Championships.

He was included in the Switzerland national football team 23 man squad for the 2018 FIFA World Cup.