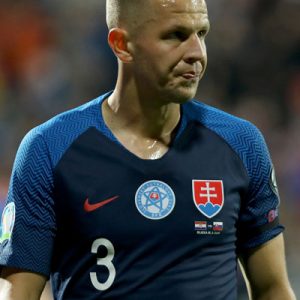 Denis Vavro (born 10 April 1996) is a Slovak professional footballer who plays as a centre-back for Huesca, on loan from Lazio, and the Slovakia national team.

Žilina
Vavro made his debut for MŠK Žilina against AS Trenčín on 20 April 2013.

Loan to Huesca
On 1 February 2021, Vavro moved to La Liga club Huesca, on a loan deal until the end of the season.