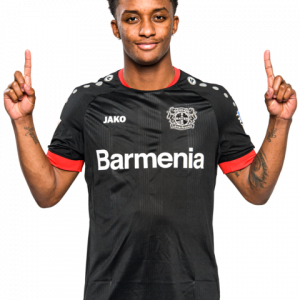 Demarai Remelle Gray (born 28 June 1996) is an English professional footballer who plays as a winger for Bundesliga club Bayer Leverkusen.

Gray came through the youth system of Birmingham City, for whom he made his Football League debut as a 17-year-old in October 2013. In two-and-a-half seasons, he made 78 appearances across all competitions, including 51 starts in the Championship, and scored 8 goals. Gray signed for Leicester City in January 2016, and was a member of their 2015–16 Premier League-winning squad.

He has represented England from under-18 to under-21 level.

On 31 January 2021, Gray joined Bundesliga club Bayer Leverkusen on an 18-month contract. He made his debut on 6 February as a 74th-minute substitute with Leverkusen leading VfB Stuttgart 4–1, and ten minutes later scored his first Bundesliga goal to make the final score 5–2.