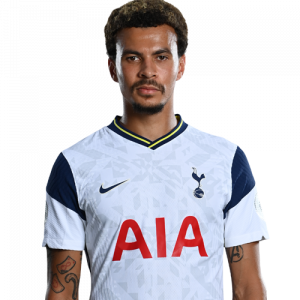 Born and raised in Milton Keynes, he joined the youth system at Milton Keynes Dons aged 11 and broke into the first team five years later, during the 2012–13 season. Over the next two-and-a-half years he made 88 official appearances for the team, scoring 24 goals. He signed for Tottenham Hotspur in February 2015 for an initial fee of £5 million, being loaned back to the Dons for the remainder of the season. In each of his first two campaigns at White Hart Lane, Alli was voted the PFA Young Player of the Year and made the PFA Team of the Year.

Alli played for the England U17, U18 and U19 teams, before making his senior debut in 2015. He was selected for UEFA Euro 2016 and the 2018 FIFA World Cup, helping England to the semi-finals of the latter.