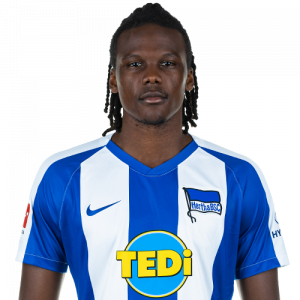 Dedryck Anga Boyata (born 28 November 1990) is a Belgian professional footballer who plays as a centre-back or right-back for German club Hertha BSC and the Belgium national team.

Boyata has been capped by Belgium at youth and senior level, making his senior debut in 2010. He was part of their squad that came third at the 2018 FIFA World Cup.

In May 2019, Boyata joined Hertha BSC on a free transfer. Boyata scored his first goal for his new club on 29 September 2019, completing the scoring in a 4–0 victory over 1. FC Köln.