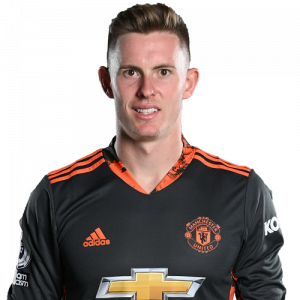 Dean Bradley Henderson is an English professional footballer who plays as a goalkeeper for English Premier League team Manchester United.

Henderson signed his first professional contract with Manchester United in 2015 and extended it 2018 for a further two years until 2022. He made his debut for Manchester United against Luton Town at the next round of the EFL Cup in 2020. He has also been loaned out to several other teams. Having played various lower sections, he made his Premier League debut with Sheffield United in 2019. He’s represented England at under-16, under-17, under-20 and under-21 levels.