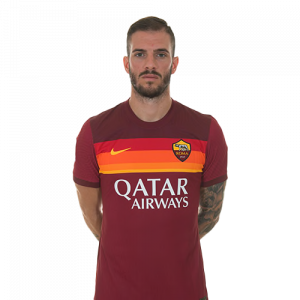 Davide Santon (born 2 January 1991) is an Italian professional footballer who plays as a left back for Italian club Roma.

A former Inter Milan youth product, Santon began his professional club career with Inter in 2008, and remained with the club until 2011, aside from a spell on loan with Cesena. He later had a spell with English club Newcastle United, before returning to Inter in 2015.

At international level, Santon made his senior debut with Italy in 2009, and also represented his nation at the FIFA Confederations Cup later that year.

Roma
In June 2018, it was reported that Santon and Nicolò Zaniolo would joined Roma as part of the deal of Radja Nainggolan to Inter. Santon and Zaniolo arrived in Rome for medicals on 25 June. The transfers were completed on 26 June, which Santon had a price tag of €9.5 million, signing a 4-year contract.