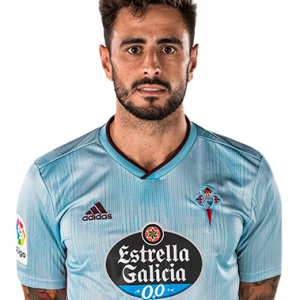 David Costas Cordal (born 26 March 1995) is a Spanish professional footballer who plays as a centre-back for RC Celta de Vigo.

Born in Vigo, Galicia, Costas played youth football with hometown’s RC Celta de Vigo. On 25 August 2013, only two months after finishing his junior career and without having appeared for the reserves, the 18-year-old made his first-team – and La Liga – debut for the main squad, coming on as a substitute for Augusto Fernández in the 77th minute of a 2–1 away win against Real Betis.

On 31 August 2015, Costas renewed his contract until 2019, being immediately loaned out to RCD Mallorca. On 14 January 2017, he joined fellow second division club Real Oviedo also on loan.

Costas agreed to an extension until 2020 on 31 August 2017, and was then loaned to FC Barcelona B for one year. He played his first competitive match with the latter’s first team on 29 November, replacing Gerard Piqué early into the second half of a 5–0 home victory over Real Murcia for that season’s Copa del Rey.

On 25 January 2020, Costas moved to UD Almería on loan for the remainder of the second-tier campaign.