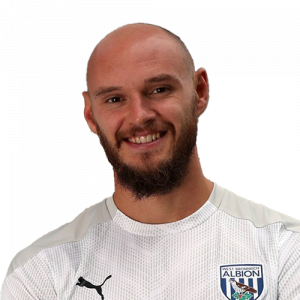 A product of the Tottenham Hotspur academy, Button came to prominence at Brentford in 2013. He earned 31 caps for England from U16 to U20 level.

On 5 September 2020, Button transferred to recently promoted Premier League side West Bromwich Albion for an undisclosed fee. Button made his debut for The Baggies on the 16 September in which he kept a clean sheet in the 3–0 EFL Cup victory over Harrogate Town at The Hawthorns. He played in their next league cup game 6 days later where West Brom lost on penalties at home to Button’s former club Brentford after a 3–3 draw at full time. Button’s next appearance came in the FA Cup, losing in another penalty shootout, this time away at Blackpool on 9 January 2021. On the same day it was revealed that West Brom had signed former Preston and Liverpool veteran keeper Andy Lonergan. One week later Button made his league debut for the club, playing in the 3–2 away win over Wolves, in place of Sam Johnstone who was out with COVID-19.