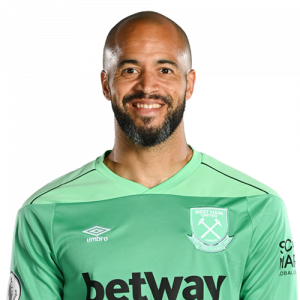 Having progressed through the youth ranks at Ardmore Rovers and Premier League club Charlton Athletic, Randolph turned professional in 2004 with Charlton. He spent time on loan at Welling United, Accrington Stanley and Gillingham before making his Charlton debut in the last match of the 2006–07 season. Despite the club’s relegation from the Premier League, he was unable to cement a regular starting position, and had two loan spells during 2008, at Bury and at Hereford United. Having made just 20 appearances for Charlton in six years, he moved on to Scottish Premier League side Motherwell in July 2010. He played regularly for Motherwell over three years, then returned to England to join Birmingham City, for whom he missed only one Championship match in two seasons. He signed for West Ham United in 2015 and Middlesbrough two years later.