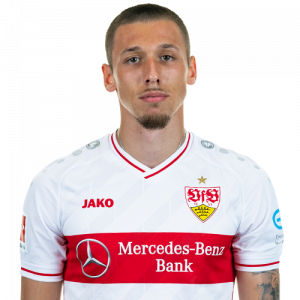 Darko Churlinov (born 11 July 2000) is a Macedonian professional footballer who plays for VfB Stuttgart as a winger.

Club career
Churlinov was born in Skopje, Republic of Macedonia, but moved to Germany at the age of three where he started his career with Hansa Rostock.

International career
On 28 March 2017, at the age of 16 years and 8 months, Churlinov made his debut for the Macedonia national team in a friendly match against Belarus, and with it he became the youngest player who has ever played for Macedonia’s national team.