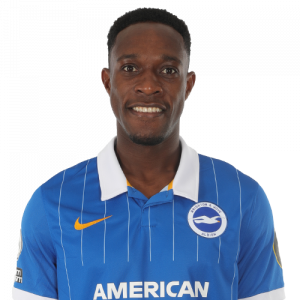 Welbeck made his way through the youth teams at Manchester United before making his senior debut in 2008 and scoring in the process. He was with United when they won the 2008–09 League Cup and the 2008 FIFA Club World Cup before being sent on loan spells with Preston North End and Sunderland. From the 2011–12 season, Welbeck was a regular figure in the Manchester United first team. He was transferred to Arsenal in September 2014 for a £16 million fee. In August 2019, Welbeck joined Watford following his release by Arsenal at the end of the previous season.

He made his senior England debut in March 2011 in a 1–1 friendly draw against Ghana. He scored his first senior international goal on 2 June 2012, the only goal in a friendly victory over Belgium. Welbeck has gone on to represent England at UEFA Euro 2012, the 2014 FIFA World Cup and the 2018 FIFA World Cup, earning over 40 caps.

Welbeck signed for Premier League club Brighton & Hove Albion on 18 October 2020 on a free transfer on a one-year contract. He made his debut 2 weeks later, coming on as a substitute for Leandro Trossard in a 2–1 away defeat against Tottenham Hotspur. He made his first start 5 days later, playing 86 minutes of a 0–0 home draw against fellow Premier League side Burnley. On 21 November 2020, Welbeck scored his first Brighton goal in a 2–1 away league win over Aston Villa. He scored his first home goal for The Seagulls on 20 December, scoring an 87th minute equaliser in a 1–1 draw against Sheffield United. On 4 April 2021, he scored against former and boyhood club Manchester United at Old Trafford putting The Seagulls ahead, however they went on to lose 2–1.