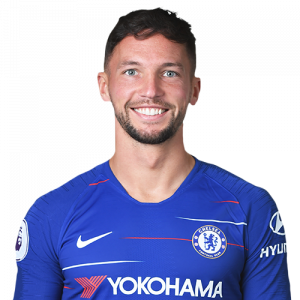 Daniel Noel Drinkwater (born 5 March 1990) is an English professional footballer who plays as a midfielder for Premier League club Chelsea. He previously played for Manchester United and Leicester City, and has spent time on loan at Huddersfield Town, Cardiff City, Watford, Barnsley, Burnley and Aston Villa. Drinkwater has also played internationally for England at under-18, under-19 levels and senior levels. He is a Premier League winner, having won the competition with Leicester in the 2015–16 season.