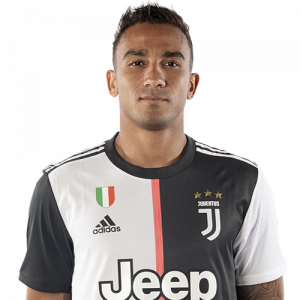 Danilo Luiz da Silva (born 15 July 1991), known as Danilo, is a Brazilian professional footballer who plays as a right-back for Serie A club Juventus and the Brazil national team.

Danilo began his career with América Mineiro before moving to Santos, where he scored the goal that won the 2011 Copa Libertadores. In January 2012, he moved to Portuguese club Porto, where he won consecutive Primeira Liga titles. In 2015, he joined Real Madrid following a €31.5 million transfer fee. In 2017, he joined Manchester City. In 2019, having won two Premier League titles, an FA Cup and two EFL Cups with City, Danilo joined Juventus, winning the Serie A title during his first season with the club.

Danilo was first capped by the senior Brazil team in 2011, also winning the 2011 U-20 World Cup and a silver medal at the 2012 Summer Olympics. He represented the nation at the 2018 FIFA World Cup.

On 7 August 2019, Danilo signed for Serie A champions Juventus on a five-year contract following a €37 million transfer fee paid by Juventus. The transaction involved a part-exchange that saw João Cancelo move to Manchester City. Danilo made his Juventus debut on 31 August in a match against Napoli, in which he scored the opening goal of an eventual 4–3 home victory, which was also the fastest goal scored by a foreign player in Serie A.

In the 2020 Coppa Italia Final against Napoli on 17 June, following a 0–0 draw after regulation time, Danilo missed Juventus’ second spot kick in the resulting shoot-out, hitting the ball over the crossbar. Napoli ultimately won the match 4–2 on penalties.

On 10 January 2021, in a Serie A game against Sassulolo, Danilo opened the scoring with a 25-meter volley; Juventus won 3–1. 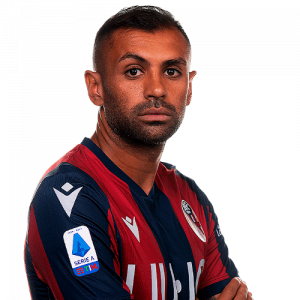 Danilo Larangeira (born May 10, 1984), known as Danilo, is a Brazilian professional footballer who plays as central defender for Bologna.

On December 16, 2009, Palmeiras have made official the ransom from Atlético Paranaense of the central defender, first market trade of Verdão for the 2010 season, the footballer arrived on loan at the beginning of 2009. Verdão partnered with Traffic Group to sign him and Atlético Paranaense retained 20% rights.

In April 2010 he gained national attention when he was accused of racism by Clube Atlético Paranaense’s defender Manoel. During a match between Atlético and Palmeiras on April 15, TV cameras captured a scene in which Danilo called Manoel “macaco” (monkey in Portuguese language). Danilo later publicly admitted that he offended and spat at Manoel, who reported the incident to a police station in São Paulo just after the match.

In January 2013, the São Paulo Criminal Court sentenced him to one year in prison, although he was expected to have the punishment reduced to a fine on appeal. On September 4, 2013, Larangeira signed a two-year extension keeping him at the club until 2018.

On August 16, 2018, Danilo joined to Bologna on loan with a purchase obligatory.