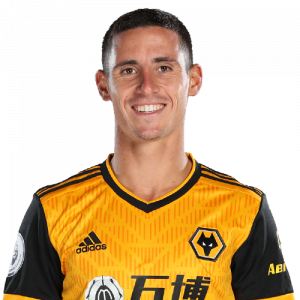 He started his career with Sporting CP, appearing in 40 competitive matches and also being loaned to Moreirense, with whom he won the 2017 Taça da Liga. He then joined Olympiacos, winning the 2019–20 Super League Greece. In January 2020, he signed with Wolverhampton Wanderers.

Podence made his full debut for Portugal in 2020.

On 30 January 2020, Podence moved to Wolverhampton Wanderers on a four-and-a-half-year contract for a £16.9 million transfer fee. He made his debut as a substitute, in a 0–0 draw with Manchester United at Old Trafford. His first start was on 27 February in the second leg of the Europa League’s round of 32 away to RCD Espanyol, providing two assists in the 3–2 loss.

Podence’s first match in the English Premier League was on 12 July 2020, in a 3–0 home defeat of Everton in which he drew the foul that resulted in a penalty (converted by Raúl Jiménez) that put the side 1–0 up at the end of the first half; Sky Sports named him “Player of the match” for his performance. He scored his first league goal the following weekend, with a header to open the scoring against Crystal Palace in an eventual 2–0 home win.

Podence was BBC Sport’s Player of the match in a league game at home to Chelsea on 15 December 2020, in which he scored his team’s opening goal as they came from behind to win 2–1.