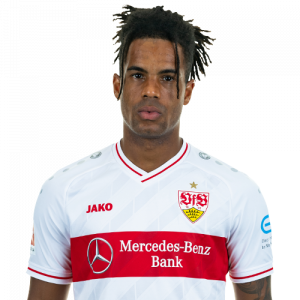 Daniel Didavi (born 21 February 1990) is a German footballer who plays as an attacking midfielder for VfB Stuttgart in the Bundesliga.

Didavi, whose mother is German and whose father is from Benin started his career with SpV 05 Nürtingen and was scouted in summer 2003 from VfB Stuttgart, who was promoted to the first team in July 2009.

In July 2011, he was loaned out to 1. FC Nürnberg until the end of the season, where he became known as a midfielder with an eye for the goal, scoring 8 goals in the second half of the season.

On 2 July 2012, Didavi extended his contract with VfB Stuttgart until June 2016. In the years 2012 to 2015 Didavi was repeatedly thrown back by injuries. However, he could support his team crucially in the relegation battles of the closing stages of the Bundesliga seasons 2013–14 and 2014–15.

On 29 June 2018, Didavi signed a three-year-contract with VfB Stuttgart, enabling him to return to his former club on 1 July 2018.