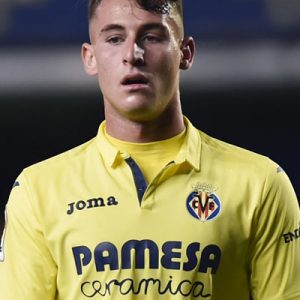 Daniel “Dani” Raba Antolín (born 29 October 1995) is a Spanish professional footballer who plays for Villarreal as a right winger.

Born in Santander, Cantabria, Raba joined Villarreal CF in July 2014 at the age of 19, from Club Bansander. He was immediately assigned to the C team, and made his senior debut on 30 August of that year by coming on as a substitute for Mario González and scoring his team’s only in a 1–3 home loss against CD Castellón for the Tercera División.

On 3 January 2016, Raba first appeared with the reserves by replacing Alfonso Pedraza in a 2–2 Segunda División B home draw against RCD Espanyol B. Definitely promoted to the B side ahead of the 2016–17 campaign, he scored his first goal for them on 28 August in a 1–1 home draw against CF Gavà, and renewed his contract on 4 June 2017.

Raba made his first-team debut on 25 October 2017, replacing fellow youth graduate Leo Suárez in a 0–1 loss at SD Ponferradina in the round of 32 of the Copa del Rey. His first match in La Liga took place on 5 November, when he came in for Carlos Bacca late into a 2–0 home win over Málaga CF.

On 23 November 2017, Raba scored his first professional goal, netting his team’s first in a 3–2 victory against FC Astana in the UEFA Europa League. His first in the league arrived ten days later, but in a 1–3 away defeat to CD Leganés.