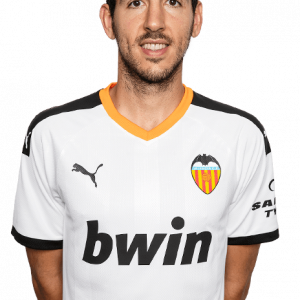 Daniel Parejo Muñoz (born 16 April 1989) is a Spanish professional footballer who plays as a central midfielder for Villarreal and the Spain national team.

After starting out at Real Madrid, he first made a name in La Liga with Getafe. Transferring to Valencia in 2011, he went on to appear in 383 official matches for the latter club and win the 2019 Copa del Rey. He also spent four months in England, with Queens Park Rangers.

Across all youth levels, Parejo won 43 caps for Spain and scored nine goals. He made his full debut in 2018, at the age of 28.

Villarreal
On 12 August 2020, Parejo joined Villarreal CF on a free transfer and a four-year contract. He moved to the local rivals alongside his teammate Francis Coquelin, a move which caused fury from Valencia’s fans towards their chairman Peter Lim.

Parejo won the Europa League in his first season at the Estadio de la Cerámica. In the final, he took the free kick that Gerard Moreno finished for Villarreal’s goal in a 1–1 draw against Manchester United, and also scored in the 11–10 penalty shootout victory.