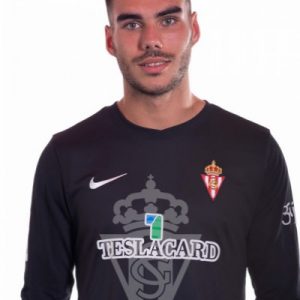 Daniel “Dani” Martín Fernández (born 8 July 1998) is a Spanish professional footballer who plays for Real Betis as a goalkeeper.

Born in Gijón, Asturias, Martín represented Sporting de Gijón as a youth. Promoted to the reserves ahead of the 2016–17 season, he made his senior debut on 21 August 2016 by starting in a 7–0 Tercera División home routing of UC Ceares.

Martín made his first-team debut on 19 September 2017, starting and making several key stops which included a penalty kick, in a 1–1 home draw against CD Numancia, for the season’s Copa del Rey (1–3 loss on penalties). Late in the month, he extended his contract until 2021 and being definitely promoted to the main squad for the following campaign.

Martín made his league debut at RCD Mallorca, replacing injured Diego Mariño in a match were Sporting was defeated by 1–2 in extra time. He contributed with four league appearances during the campaign, acting mainly as a backup to Mariño.

On 18 July 2019, Martín joined La Liga side Real Betis on a five-year deal. As a result, Martín was the second-choice for league matches, and the first-choice for cup matches.

On 19 August, he made his La Liga debut for the team, after Joel Robles was sent off, due to a red card in 8 minutes, in a 1–2 home loss against Real Valladolid.