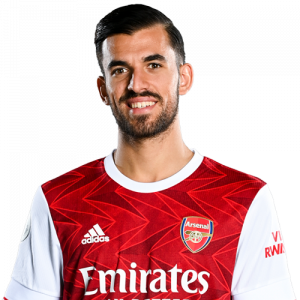 Daniel Ceballos Fernández (born 7 August 1996) is a Spanish professional footballer who plays as a central or attacking midfielder for Premier League club Arsenal, on loan from Real Madrid of La Liga, and the Spain national team.

Ceballos started his career at Spanish club Real Betis where he helped them win the Segunda División. He was signed by Real Madrid in 2017, and two years later signed for English side Arsenal on loan.

Ceballos won his first cap for Spain in September 2018, in 6–0 home win over Croatia for the UEFA Nations League.