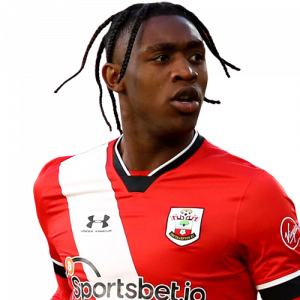 Dan Nlundulu (born 5 February 1999) is a professional footballer who plays as a forward for Premier League club Southampton. Born in France, he represents England internationally.

Nlundulu signed a two-year contract extension in September 2019. He made his first match day squad appearance as an unused substitute against Manchester United on 31 August 2019. On 25 October 2020, Nlundulu made his senior debut as a substitute in Southampton’s 2–0 home league win over Everton.

On 19 January 2021, Nlundulu scored his first goal in Southampton’s 2–0 victory over Shrewsbury Town in the FA Cup.

International career
Born in France, Nlundulu is of Congolese descent. He moved to England at a young age with his family, when his brother Gaël joined local rivals Portsmouth in 2008 from PSG. He is a youth international for England.