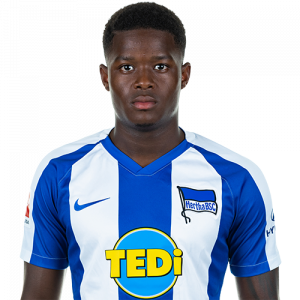 Daishawn Orpheo Marvin Redan (born 2 February 2001) is a Dutch footballer who plays as a forward for Hertha BSC.

Career
Redan made his professional debut for Hertha BSC in the Bundesliga on 25 August 2019, coming on as a substitute for Salomon Kalou in the 70th minute of the home match against VfL Wolfsburg, which finished as a 0–3 loss.

In the January 2020 transfer window, he was loaned to Dutch Eredivisie side FC Groningen for 6 months.

Personal life
Redan was born in Amsterdam, and is of Surinamese descent.