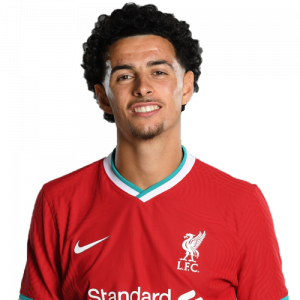 Curtis Julian Jones (born 30 January 2001) is an English professional footballer who plays as a midfielder for Premier League club Liverpool.

Having grown up in the centre of Liverpool, Jones joined Liverpool at the age of nine. After making his U23s debut in January 2018, Jones signed his first professional contract on 1 February 2018.

He was named in Liverpool’s squad for the Premier League match against Everton on 7 April 2018 and was included on the substitute bench without making an appearance.

Jones featured prominently for Liverpool during pre-season ahead of the 2018–19 season. Manager Jürgen Klopp praised his mobility and dribbling skills.

Jones made his first team debut on 7 January 2019, in the FA Cup third round against Wolverhampton Wanderers.