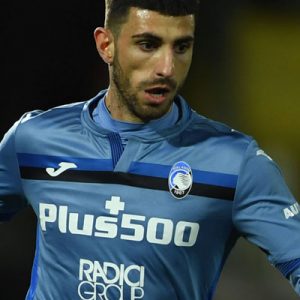 Cristiano Piccini (born 26 September 1992) is an Italian professional footballer who plays for Spanish club Valencia and the Italy national team as a right back.

Valencia
On 23 July 2018, Piccini returned to La Liga, signing for Valencia for a fee of around €10 million. In his debut season, he made 37 appearances, mostly as a starter, and scored a last-minute winner in a 2–1 home win over SD Huesca on 23 December. Seven of these games were in the victorious Copa del Rey run, including 18 minutes as a substitute for Kévin Gameiro in the 2–1 final win over FC Barcelona on 25 May 2019; the result was Valencia’s first honour since 2008.

In August 2019, just two games into the new season, Piccini suffered a fractured kneecap while in training, an injury that would leave him out of the squad until the end of year. He remained sidelined for the whole season, undergoing another operation in May 2020.