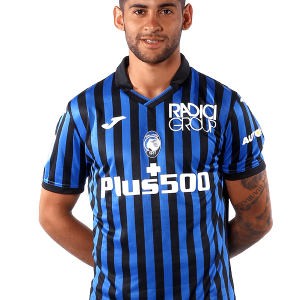 Cristian Gabriel Romero (born 27 April 1998) is an Argentine professional footballer who plays as a centre-back for Serie A club Atalanta, on loan from Juventus.

Belgrano
Romero began his career with Argentine Primera División side Belgrano in 2016, his debut came on 28 August in a league match with Independiente. A month later, Romero played in both of Belgrano’s 2016 Copa Sudamericana round of sixteen ties against Coritiba. In two seasons with Belgrano’s first-team, he made nineteen appearances in all competitions.

Genoa
In July 2018, Romero joined Genoa of Serie A.Romero scored his first senior goal in his second Genoa match, netting in a 2–2 draw with Udinese on 28 October; in which he was later sent off. Juventus, on 9 July, announced Romero was having a medical ahead of a proposed transfer.

Juventus
Loan to Genoa
On 12 July 2019, Juventus announced the permanent acquisition of Romero from Genoa for €26 million, with the player remaining at his former club on loan for the rest of the season.

Loan to Atalanta
On 5 September 2020, Romero joined Atalanta on loan until 30 June 2022 with an option to buy.