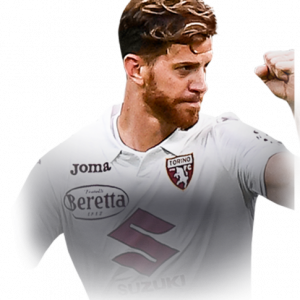 Cristian Daniel Ansaldi (born 20 September 1986) is an Argentine professional footballer who plays as a full-back for Italian club Torino.

e has been capped 5 times with the Argentina national team.

A defender who plays with both feet, he is equally at ease as a right or left back. Although dribbling mostly with his right foot, he prefers to shoot with his left.

Torino
On 31 August 2017, Ansaldi joined Torino on a two-year loan deal, with the agreement including an obligation to buy the player permanently. He made his debut for Torino on 20 September 2017, away against Udinese, won 3–2. He scored his first goal for the club on 31 March 2018, in a 4–0 win against Cagliari.