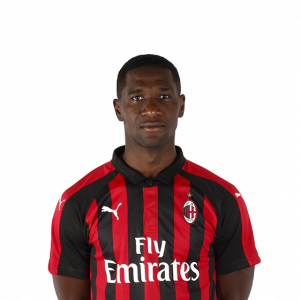 Cristián Eduardo Zapata Valencia (born 30 September 1986) is a Colombian professional footballer who plays as a defender for Serie A club Genoa.

A quick and physically powerful defender, known for his hard marking of opponents and strength in the air, he usually plays as a centre back. Although naturally right footed, he can also play as a full-back on either side of the pitch, as he is comfortable with both feet.

Zapata began his career in Colombia with Deportivo Cali in 2004, moving to Serie A club Udinese the following year. After spending several seasons with Udinese, Zapata signed for Spanish club Villarreal. In 2012, he returned to Italy, joining Milan. Following the expiration of his contract with the Rossoneri, he joined Serie A counterpart Genoa in 2019.