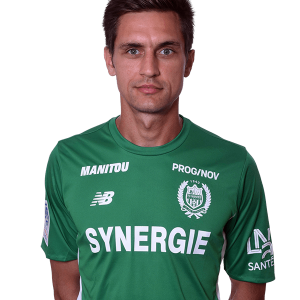 Anton Ciprian Tătărușanu (born 9 February 1986) is a Romanian professional footballer who plays as a goalkeeper for Italian Serie A club Milan.

He started his senior career in Romania with Juventus București, going on to represent Gloria Bistrița and FC Steaua București in the country. Tătărușanu made over 180 appearances in all competitions for the latter, and in the summer of 2014 joined Fiorentina on a free transfer. After three seasons with the Viola, he moved to France with spells at Nantes and Lyon. In September 2020, Tătărușanu transferred back to Italy and signed for Milan.

Tătărușanu earned 73 caps for the Romania senior team, for which he made his debut in 2010. He was a member of the squad that participated at the UEFA Euro 2016, starting in all three group stage matches of the competition. Four years later, Tătărușanu announced his retirement from the national team at age 34.

On 12 September 2020, A.C. Milan announced Tătărușanu as their new player after he agreed to a three-year deal with the club. One day earlier, Lyon had revealed the transfer fee for the 34-year-old to be €500,000.

Having become the second-choice goalkeeper again, this time to Gianluigi Donnarumma, he recorded his debut on 26 October in a 3–3 league draw with Roma, after the former tested positive for COVID-19. Tătărușanu received the highest grade from the hosts in the derby.