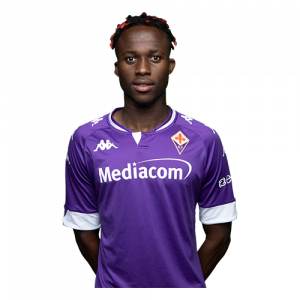 Christian Michael Kouamé Kouakou (born 6 December 1997), known as Christian Kouamé, is an Ivorian professional footballer who plays as a forward for Serie A club Fiorentina.

Club career
He made his professional debut in the Lega Pro for Prato on 6 September 2015 in a game against Pisa.

On 31 January 2020 he joined Fiorentina on loan with an obligation to buy.

International career
Kouamé debuted for the Ivory Coast U23s in a pair of 2019 Africa U-23 Cup of Nations qualification matches in March 2019. He was called-up for the final tournament in November 2019, suffering a knee injury.

He made his debut for the senior Ivory Coast national football team on 13 October 2019 in a friendly against DR Congo.