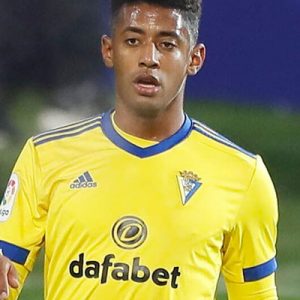 Born in Yoro, Lozano made his debut in the Liga Nacional de Fútbol Profesional de Honduras at the age of only 15, appearing for Club Deportivo Olimpia against Club Deportivo y Social Vida on 11 January 2009. On 21 February 2010 he scored his first goals, netting a hat-trick in the Clausura tournament 6–0 win over C.D. Victoria.

In August 2010, Lozano spent time training with Tottenham Hotspur’s reserve team, impressing manager Harry Redknapp. He was expected to stay with the North London side, but the deal never went through because he was underage and, therefore, could not sign a contract with a professional club.

On 11 August 2011, Lozano moved to Spain and signed with Valencia CF on a one-year loan, but was immediately loaned to CD Alcoyano in the same community, in Segunda División. He made his official debut against UD Las Palmas on 3 September, as a second-half substitute (0–1 away loss).

Lozano spent the 2012–13 season with Valencia’s reserves, in Segunda División B. After being released, he returned to his first club Olimpia.

Lozano was Olimpia’s top scorer in the 2014–15 campaign, contributing with 26 goals in 38 matches. On 6 August 2015, he returned to Spain and its second level after agreeing to a one-year loan deal with CD Tenerife, which was extended on 9 July of the following year; he was awarded the Player of the Month award for May, after helping his team reach the play-offs.

On 7 July 2017, an agreement between FC Barcelona and Olimpia for Lozano was confirmed by the latter club’s vice president Osman Madrid, which saw the player become the first Honduran to represent the Catalans. He was assigned to their reserves in division two, and in the first game of the season, he scored once and provided an assist against Real Valladolid (2–1, away).

On 30 January 2018, Lozano joined La Liga side Girona FC for a fee of €1.7 million. He made his debut in the competition 12 days later, featuring 21 minutes in the 0–1 away loss to Sevilla FC, and scored his first goal on 3 March – also from the bench – to help the visitors defeat Villarreal CF 2–0.

Lozano was given a direct red card late into the 2–1 home win over Rayo Vallecano on 27 October 2018, after tackling Santi Comesaña from behind. He scored the equaliser against Atlético Madrid the following 9 January, cancelling out Antoine Griezmann’s earlier goal in a 1–1 draw in the first leg of the Copa del Rey round of 16 tie at the Estadi Montilivi; it was his second competitive goal for the club, after failing to the find the net for almost a year. He once again scored in the cup when Girona faced Real Madrid in the quarter-finals, in the process becoming the fourth player from his country to achieve the feat against that opposition.

On 1 September 2019, Lozano was loaned to Cádiz CF of the Spanish second tier for one year. He scored his first goal for the team late in the same month, in a 2–1 away win against UD Almería. He added a further nine until the end of the campaign – second-best in the squad behind Álex Fernández’s 13 – as his team returned to the top flight after 14 years.

Cádiz exercised their option to buy on 22 July 2020, and Lozano signed a permanent three-year contract. On 17 October, he scored the only goal in a 1–0 victory over Real Madrid at the Alfredo Di Stéfano Stadium, the first ever away against that adversary.