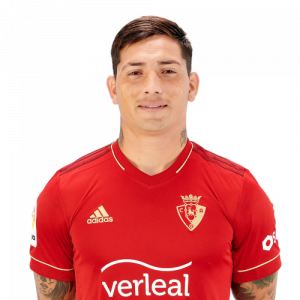 Esequiel Avila starts playing football at the Argentine club Tiro Federal, for which he plays in the Primera B Nacional, and then in Torneo Argentino A.

In early February 2015, Avila transferred to the club of the Argentine Primera A “San Lorenzo”. On 19 April of the same year, he made his debut in the Argentine main league, coming on as a substitute in an away match against Aldosiva. On March 25, 2017, Ezekiel Avila scored your first goal at the highest level, scoring on the basis of a home association against Quilmes.

In mid-2017, the Argentine on lease became the football team of the Spanish Segundi “Huesca”, for which he played two seasons. In the summer of 2019, he joined Osasuni.