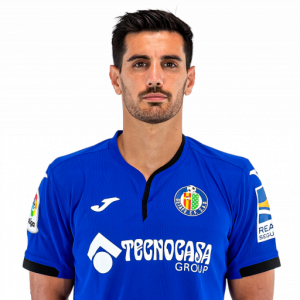 Mainly a central defender, he can also play as a left back.

Early years
A product of Elche CF’s youth system, Chema was born in Caudete, Province of Albacete, and he made his senior debut in 2010 with the reserves. In the following seasons he competed in Tercera División and Segunda División B, representing Atlético Madrid’s C and B teams.

Chema signed with AD Alcorcón in January 2013, being initially assigned to the B side in the fourth division. He was promoted to the first team in August, making his competitive debut on 6 October by starting in a 0–0 away draw against SD Eibar for the Segunda División.

Chema scored his first professional goal on 30 March 2014, his team’s only in a 3–1 away loss to Girona FC. On 9 July, he was promoted to the main squad.

Levante
On 5 August 2016, Chema signed a four-year deal with Levante UD, still in the second tier. He contributed three goals in 33 appearances in his first season, helping the club return to La Liga at the first attempt.

Chema’s first match in the Spanish top flight took place on 21 August 2017, when he started in a 1–0 home win over Villarreal CF. He scored his first goal in the competition exactly one month later, helping the hosts defeat Real Sociedad 3–0 with a spectacular 44th-minute strike from just outside the box.

Nottingham Forest
On 8 August 2019, Chema joined EFL Championship club Nottingham Forest on a two-year contract for an undisclosed fee. He made his official debut 19 days later, as a substitute in a 3–0 home win against Derby County in the second round of the EFL Cup.

Getafe
Chema returned to Spain on 30 January 2020, after being sold to Getafe CF for an undisclosed fee.