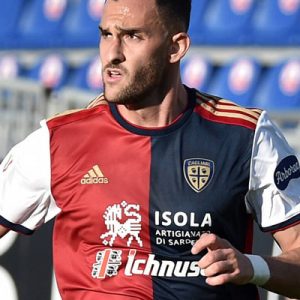 Charalampos “Babis” Lykogiannis (born 22 October 1993), also known as Lykos (Greek for “wolf” – from the first letters of his name) is a Greek professional footballer who plays as a left back or a left midfielder for Serie A club Cagliari and the Greece national team.

Cagliari
On 17 January 2018, the Sardinian club managed to signed the Greek international, on a four-and-a-half years’ contract, for a transfer fee of €600,000. His contract, which ran until 2022, was worth €1.4 million per year. On 25 October 2020, he scored with a free kick in a 4–2 home win game against F.C. Crotone. It was his first goal with the club in all competitions.