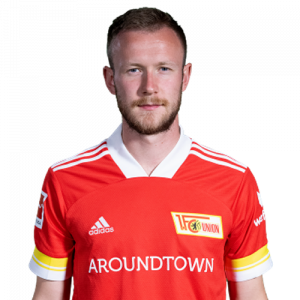 Cedric Teuchert (born 14 January 1997) is a German footballer who plays as a forward for Union Berlin.

On 3 January 2018, it was announced that Teuchert had joined Bundesliga club FC Schalke 04 from 1. FC Nürnberg for a reported €1 million transfer fee, agreeing a ​3 1⁄2-year contract.

International career
Teuchert is a youth international for Germany. In October 2017, he made his debut for the U21 side.