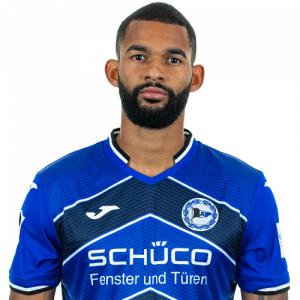 Cebio Soukou (born 2 October 1992) is a German-born Beninese professional footballer who plays as a midfielder in Germany for Arminia Bielefeld.

Club career
In June 2019, it was announced Soukou would join 2. Bundesliga side Arminia Bielefeld from 3. Liga club F.C. Hansa Rostock on a free transfer for the 2019–20 season. He agreed a two-year contract.

International career
He made his debut for Benin national football team on 24 March 2019 in an Africa Cup of Nations qualifier against Togo, as a starter.

He played at 2019 Africa Cup of Nations when the team reached the quarter-finals.