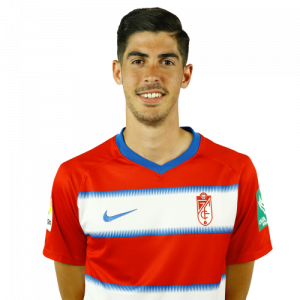 Carlos Fernández Luna (born 22 May 1996) is a Spanish professional footballer who plays as a forward for Real Sociedad.

Sevilla
Born in Castilleja de Guzmán, Province of Seville, Andalusia, Fernández started playing senior football with Sevilla FC’s reserve team at only 17, competing in Segunda División B. On 18 December 2013, he made his official debut with the main squad, coming on as a substitute for Piotr Trochowski in a 0–2 home loss against Racing de Santander in the round of 32 of the Copa del Rey.

Real Sociedad
On 24 January 2021, after being deemed surplus to requirements by Sevilla manager Julen Lopetegui, Fernández signed a 6+1⁄2-year contract with Real Sociedad, with his former club receiving a transfer fee of a reported €10 million plus another two in variables.