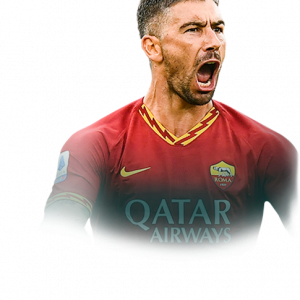 Carles Pérez Sayol (born 16 February 1998) is a Spanish professional footballer who plays as a right winger for Italian club Roma.

Barcelona
Born in Granollers, Barcelona, Catalonia, Pérez joined FC Barcelona’s youth setup in 2012, from RCD Espanyol. On 3 October 2015, while still a youth, he made his senior debut with the reserves by coming on as a second-half substitute for Maxi Rolón in a 0–0 Segunda División B away draw against Levante UD B.

In July 2017, Pérez was promoted to the B-side, now in Segunda División. He made his professional debut on 19 August 2017, replacing Vitinho in a 2–1 away win against Real Valladolid.

Pérez scored his first professional goals on 21 January 2018, netting a hat-trick in a 3–1 away defeat of CD Tenerife. On 12 June, after suffering relegation with the reserve side, he renewed his contract for two further years.

Pérez made his first team – and La Liga – debut on 19 May 2019, replacing Malcom in a 2–2 away draw against SD Eibar. He scored his first goal for the Blaugrana on 25 August, scoring his team’s third in a 5–2 home routing of Real Betis. He scored his first UEFA Champions League goal as the opener in a 2–1 away victory against Inter Milan.

Roma
On 30 January 2020, Pérez left Barcelona for Italian side Roma. A loan move with the obligation to purchase his rights permanently for a fee of €11 million in the summer. He scored his first UEFA Europa League goal in a 1–0 home victory against Gent in the Round of 32. He scored his first Serie A goal in a 6–1 away win against SPAL.