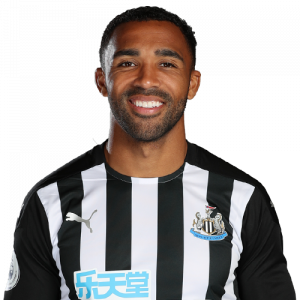 Wilson was born in Coventry, West Midlands, and is of Jamaican descent. He attended President Kennedy School in Coventry.

Wilson signed for Premier League club Newcastle United on 7 September 2020 on a four-year contract for an undisclosed fee, reported by BBC Sport to be around £20 million, making him the third-highest fee paid by Newcastle for a player. He made his debut on 12 September, scoring the first goal in a 2–0 away win against West Ham United. On 30 January 2021, Wilson scored his 50th Premier League goal in a 2-0 victory over Everton.

Wilson was called up to the senior England squad for the first time in November 2018 for a friendly match against the United States and a UEFA Nations League match against Croatia. He made his debut on 15 November when starting against the United States at Wembley Stadium, and scored in the 77th minute of a 3–0 win with a near-post finish. In doing so, he became the first Bournemouth player to score for England.