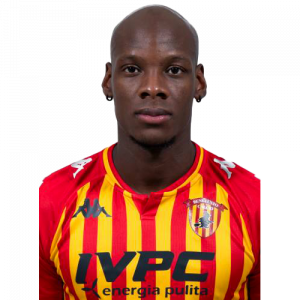 Bryan Boulaye Kevin Dabo (born 18 February 1992) is a Burkinabé footballer who plays as a defensive midfielder for Benevento in the Serie A.

Montpellier
Dabo made his professional debut with Montpellier on 16 May 2010 in a 3–1 win against Paris Saint-Germain coming on as an 84th-minute substitute for Geoffrey Dernis. He made his first start against Bastia.

Blackburn Rovers (loan)
On 28 January 2014, Dabo signed for Championship club Blackburn Rovers on loan with an option of a permanent deal. He was an unused substitute in a 2–0 win against Blackpool. He played the full 90 minutes for Blackburn Rovers U21 against Tottenham U21.

Fiorentina
On 30 January 2018, he joined Fiorentina, signing a three-and-a-half year contract. He scored his first Serie A goal in a 3–2 away win against Genoa, netting the winner. His second goal came in the 2018/2019 season, in a 3–1 victory in the derby against Empoli.

Loan to SPAL
On 13 January 2020, he joined SPAL on loan with an option to purchase.

Benevento
In September 2020, Dabo joined newly promoted side Benevento on a permanent deal. He signed a 2-year deal with the Stregoni.