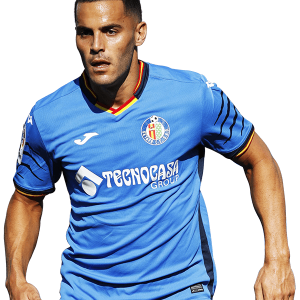 Bruno González Cabrera (born 24 May 1990), known simply as Bruno, is a Spanish footballer who plays as a central defender for Real Valladolid.

Bruno was born in Las Galletas, Tenerife, Canary Islands. A product of local CD Tenerife’s youth ranks, he made his senior debut with the reserves in the 2009–10 season, being relegated from the third division. On 4 June 2011, he played his first official game with the first team, a 0–1 away loss against neighbouring UD Las Palmas which was his only second level appearance of the campaign, ended in the same fashion for the main squad.

In August 2011, Bruno was loaned to CD Teruel in division three in a season-long move. He subsequently returned to Tenerife in the summer of 2012 and was definitely promoted to the first team, appearing in 38 matches in 2012–13 as they returned to the second tier after a two-year absence.

Bruno scored his first goal as a professional on 1 December 2013, the last of a 2–2 draw at Girona FC. On 6 July of the following year, the free agent signed a three-year deal with Real Betis in the same league.

Bruno made 33 appearances and scored two goals for the Verdiblancos during his debut season, as they returned to La Liga at the first attempt. He made his debut in the competition on 23 August 2015, starting in a 1–1 home draw against Villarreal CF.

Bruno scored his first goal in the Spanish top flight on 18 November 2016, netting the first in a 2–0 win over UD Las Palmas also at the Estadio Benito Villamarín. The following 7 July, he agreed to a three-year contract at Getafe CF.

On 31 January 2020, deemed surplus to requirements by manager José Bordalás as several other Spanish players, free agent Bruno joined Levante UD until 30 June. On 4 July, he terminated his contract with the latter club, and signed a two-year deal with fellow top tier side Real Valladolid on 11 August.