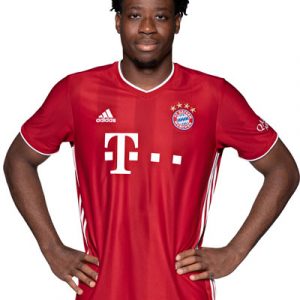 Bright Akwo Arrey-Mbi (born 26 March 2003) is a German professional footballer who plays as a defender for Bayern Munich II.

Club career
Bright Arrey-Mbi made his professional debut for FC Bayern Munich II on 19 September 2020 in a 3. Liga game against Türkgücü München. He then went on to make his Champions League debut for Bayern (and his debut for the first team) on 1 December 2020 against Atlético Madrid.

International career
Born in Germany, Arrey-Mbi is of Cameroonian descent. He moved to England at a young age and represented the England U15s, before switching back to represent Germany internationally.