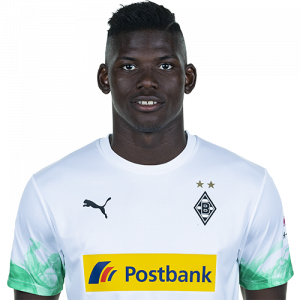 Breel Donald Embolo (born 14 February 1997) is a Swiss professional footballer who plays as a forward for German club Borussia Mönchengladbach and the Switzerland national team.

Embolo made his professional debut for Basel in March 2014, and won the Swiss Super League in all three of his first seasons before moving to Schalke for an initial €20 million. Shortly after moving to the Bundesliga, he suffered an ankle injury that ruled him out for nearly a year.

Embolo made his senior international debut in March 2015 and represented Switzerland at UEFA Euro 2016 and the 2018 FIFA World Cup.