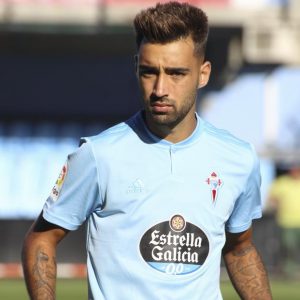 Born in Mos, Pontevedra, Galicia, Méndez joined RC Celta de Vigo’s youth setup in 2012, from Villarreal CF. On 7 September 2014, he made his senior debut with the reserves, starting in a 1–0 Segunda División B away win against Real Murcia.

Méndez scored his first senior goal on 4 September 2016, netting his team’s second in a 3–1 victory at CD Palencia. The following 21 August, after spending the whole pre-season with the main squad, he renewed his contract until 2021.

On 21 September 2017, Méndez made his professional – and La Liga – debut, starting in a 1–1 home draw against Getafe CF. He scored his first goal in the competition on 31 March 2018, netting the equaliser in a 1–1 away draw to Athletic Bilbao.