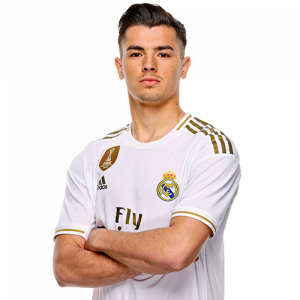 Brahim Abdelkader Díaz (born 3 August 1999), known as Brahim, is a Spanish professional footballer who plays as a forward for Serie A club Milan, on loan from Real Madrid of La Liga.

Manchester City
Brahim began his career at his hometown club Málaga, before moving to Manchester City in 2015 as a 16-year-old for an initial £200,000 fee. On 21 September 2016, Díaz made his first-team debut for City, coming on as an 80th-minute substitute to replace Kelechi Iheanacho in an EFL Cup tie against Swansea City. Five days later, he signed his first professional contract with City, for three years.

Real Madrid
Following intense transfer speculation, coupled with his contract with Manchester City due to expire in June 2019, Brahim joined Real Madrid on 6 January, for a transfer fee of £15.5 million (€17 million).