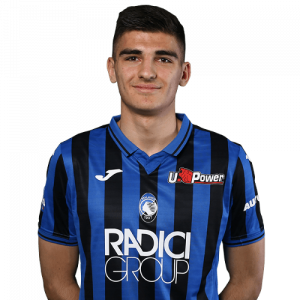 Boško Šutalo (born 1 January 2000) is a Croatian professional footballer who plays as a defender for Serie A side Atalanta.

Osijek
In 2015, Šutalo joined RNK Split from his starting club NK Neretva and started playing for their under-15 team.

In 2017, Šutalo joined youth team of Osijek and after a year he debuted for the first team under Zoran Zekić. He made his Prva HNL debut on 20 October 2018 in a 4–1 victory over Rudeš.

On 25 July 2019, he made his European debut in the Europa League second qualifying round against CSKA Sofia.

Atalanta
On 30 January 2020, Šutalo joined Serie A side Atalanta for a €5 million fee. He made his debut for the club in a 2–0 win over Napoli on 2 July, coming on for Rafael Tolói in 89th minute. He earned his first start three days later in a 1–0 win over Cagliari, coming off for Tolói in 83rd minute.

On 14 January 2021, he scored his debut goal for the club, as Atalanta defeated Cagliari 3–1 in the Coppa Italia.