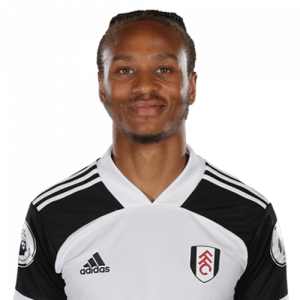 Bobby Armani Decordova-Reid (born 2 February 1993) is a professional footballer who plays as a forward for Premier League club Fulham and the Jamaica national team. Born in England, he represents Jamaica at international level.

Bristol City
After playing for their youth team, Reid was offered a professional contract by Bristol City on 4 April 2011,[10] and was called up to the first team for the last game of the 2010–11 season,[11] where he made his senior debut. In November 2011 Reid signed on loan for Cheltenham Town until the end of the year. On 25 March 2013, Reid signed on loan for Oldham Athletic until the end of the 2012–13 season.

He signed a one-month loan deal with Plymouth Argyle in September 2014. The loan deal was then extended for a second month, before he was recalled early following injury problems back at Bristol City. After making one appearance for his parent club, he returned on loan to Plymouth later that month. He returned to Plymouth for a third loan spell in January 2015. Bobby Reid played 27 times in the Football League Championship the following season, scoring 2 goals as City finished 18th, avoiding relegation straight back to Football League One.

Cardiff City
On 28 June 2018, Reid signed for Premier League newcomers, Cardiff City, on a 4-year deal for a reported fee of £10 million. He described the 2017–18 season as ‘crazy’. He made his debut for the club on the opening day of the 2018–19 season during a 2–0 defeat to AFC Bournemouth. Reid scored his first goal in a Cardiff shirt in a 4–2 win over Fulham on 20 October. On 2 February 2019, on his 26th birthday and also the first home game since the disappearance of new signing Emiliano Sala, Reid scored both goals of a win over AFC Bournemouth.

Fulham
In August 2019 he moved to Fulham on loan. Reid made his debut in a 2-0 win against Blackburn Rovers in the EFL Championship on 10 August 2019. He scored his first goal for the club in a 3-0 win against Derby County on 26 November 2019. The deal became permanent on 24 January 2020, with Reid signing a three-and-a-half year contract.