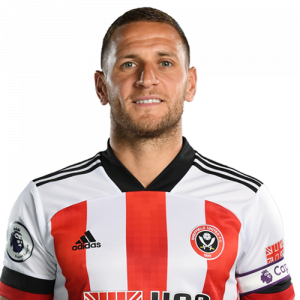 He has also played for Rushden & Diamonds, Scunthorpe United, Southampton, Nottingham Forest, Reading, Doncaster Rovers and Leeds United. On 1 January 2019, Sharp scored his 220th goal and became the leading English born goalscorer in English professional football during the 21st century so far, overtaking the record set by Rickie Lambert. On 8 February 2019, Sharp scored his 100th goal in all competitions for Sheffield United when he scored his second goal in a 3–3 draw against Aston Villa.

Three days after the death of his newborn son in 2011, Sharp played and scored the opener in that game, and five days later he was applauded by the opposing Ipswich Town fans following his goal against them. He and his wife set up The Luey Jacob Sharp Foundation in aid of gastroschisis research and to support other people affected by this condition.

n 10 August 2019, Sharp marked Sheffield United’s return to the Premier League with an 88th-minute equaliser in a 1–1 draw at Bournemouth, his first goal in the English top flight.