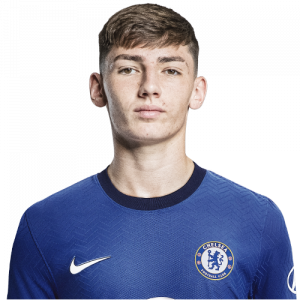 Billy Clifford Gilmour is a Scottish professional footballer who plays as a midfielder for Premier League club Chelsea. He was previously with Rangers, where he developed through the club’s academy and trained with the first team squad at the age of 15. He joined Chelsea in 2017 after turning down a professional contract with Rangers. He has represented Scotland at under-16, under-17 and under-21 levels.

Gilmour was born on 11 June 2001 in Glasgow and resided in Ardrossan, North Ayrshire. His father served with the Royal Navy and played junior football for Ardrossan Winton Rovers. Gilmour attended Stanley Primary School in Ardrossan and Grange Academy in Kilmarnock, where he was part of the Scottish Football Association (SFA) Performance School programme.